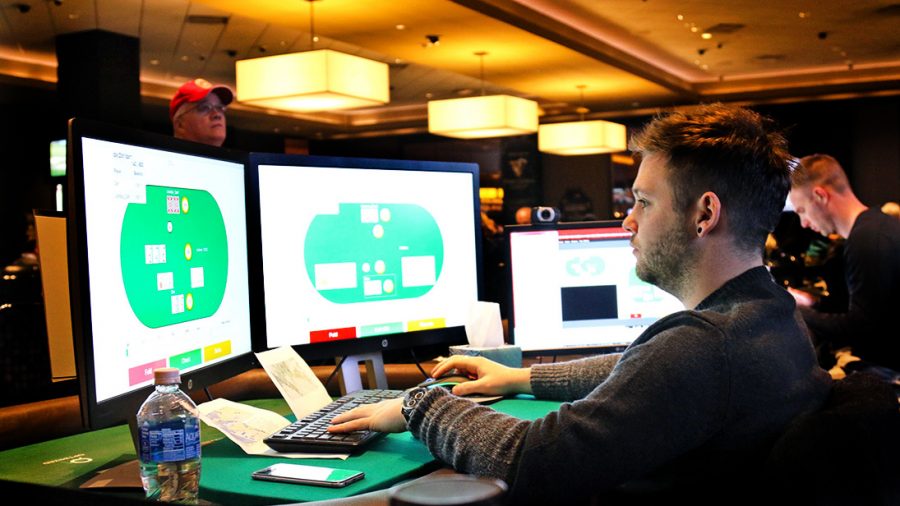 You may hear that Artificial Intelligence has progressed so much that their technology can be compared with human brains. We are feeling this sensation every day in our life while using our Android phones. But have you ever imagined that the AI can think by itself and can give a fair fight of Intelligence against human brains? Yes, now it is possible. Libratus, artificial intelligence’s latest creation, has made history in the technology and gambling field. Gambling because the first use of Libratus has been seen during a tournament of poker in River Casino of Pittsburgh.

With a collaboration of scholars and professors, Carnegie Mellon University had made Libratus. If you are in the gambling field then you can realize how much effort is needed to set strategies. To be a pro by experiencing lots of matches and spending the whole day in the practice section needs much more dedication. But Libratus had defeated 4 great pro players in River Casino during the tournament. 4 of the pro players had left no other choice except giving up. At the end of the day, Libratus has become the winner with 1766250 dollars.

The Mastermind behind the project, Mr Tuomas Sandholm had stated that this AI has almost ’10 raised to the power 161′ chipsets within it. The number is higher than Avogadro’s Number. It is not the first time that we are facing AI as an opponent. There are lots of tournaments going on where AI is playing a huge role because of the lack of participants. Even during our casual games also, we face programmed AI bot. But observing and practising with them for a long time will give you the idea of what will be the next move or what are the programs set in the bot. The moves will be limited. But here, in poker, already too many bluff factors are there. And they have added a perfect reflection of human brains against ordinary human beings. So it will feel like playing against a pro player.

If we talk about the mechanism of this system shortly then it follows a blueprint strategy. As you know, almost 10 to the power 161 chips are there and for every step, there is detailed programming. Strategies used by players are included thoroughly. It consumes power from almost 600 bridges and 846 computed nodes. The charging speed is very fast. It has a memory of 274 Terabytes. Enough space is available to store all types of possible strategies for all types of poker hands. The rules and regulations of poker games are very much known to this nonliving intelligence.

According to Sandholm, intelligence nowadays can act like human beings. For example, Libratus is there. There is much information that still exists about which we have no clue. Well, research and more involvement in computer science studies can bring success at every step of our life. Not only in a poker game but for every casino game or where luck is related, AI can support both the authority and players by being neutral all the time.

Strategies for players
Downey » 1 year ago
What are the things you keep in mind before you play poker?

Pokerrooms
Downey » 1 year ago
An overview of 888poker rakeback